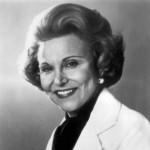 born July 4, 1918, Sioux City, Iowa, U.S.died June 22, 2002, Chicago, Ill. U.S. newspaper columnist. She took over an advice column in the Chicago Sun-Times in 1955, adopting her now-familiar pseudonym, and made it into the most widely syndicated advice column in the U.S.; by the early 21st century her column appeared in more than 1,200 newspapers and had some 90 million readers.
The creator of the 'Ann Landers' pseudonym was Ruth Crowley, a Chicago nurse who had been writing a child-care column for the Sun since 1941. She chose the pseudonym at random — borrowing the surname 'Landers' from a family friend — in order to prevent confusion between her two columns. Unlike Lederer, Crowley kept her identity as Landers secret, even enjoining her children to help her keep it quiet. Crowley took a three-year break from writing the column from 1948 until 1951. After 1951 she continued the column for the Chicago Sun-Times and in syndication  to 26 other newspapers until her death, aged 48, on July 20, 1955. Crowley spent a total of nine years writing advice as 'Ann Landers'.
Lederer won a contest to become the new writer of the column, debuting on October 16, 1955. Her twin sister, Pauline, has written the competitive and equally well-known Dear Abby advice column  since 1956.