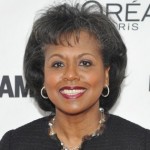 Hill was born in Morris, Oklahoma, the youngest of the thirteen children of Albert and Erma Hill, who were farmers. Her family hailed from Arkansas, where her great-grandparents and her maternal grandfather, Henry Eliot, were born into slavery. Hill was raised in the Baptist faith.
After graduating as valedictorian from Morris High School, Hill enrolled at Oklahoma State University, receiving a bachelor's degree with honors, in psychology 1977. She went on to Yale Law School, obtaining her Juris Doctor degree with honors in 1980.
She was admitted to the District of Columbia Bar in 1980 and began her law career as an associate with the Washington, D.C. firm of Wald, Harkrader & Ross. In 1981, she became an attorney-adviser to Clarence Thomas who was then the Assistant Secretary of the U.S. Department of Education's Office for Civil Rights. When Thomas became Chairman of the U.S. Equal Employment Opportunity Commission (EEOC) in 1982, Hill went along to serve as his assistant, leaving the job in 1983.
Hill then became an assistant professor at the Evangelical Christian O. W. Coburn School of Law at Oral Roberts University where she taught from 1983 to 1986. In 1986, she joined the faculty at the University of Oklahoma College of Law where she taught commercial law and contracts.
Hill accepted a position as a visiting scholar at the Institute for the Study of Social Change at University of California, Berkeley in January 1997, but soon joined the faculty of Brandeis University—first at the Women's Studies Program, later moving to the Heller School for Social Policy and Management. In 2011, she also took an of counsel position with the Civil Rights & Employment Practice group of the plaintiffs' law firm Cohen Milstein Sellers & Toll.
Over the years, Hill has provided commentary on gender and race issues on national television programs, including 60 Minutes, Face the Nation and Meet the Press She has been a speaker on the topic commercial law of law as well as race and women's rights. She is also the author of articles that have been published in The New York Times and Newsweek. and has contributed to many scholarly and legal publications in the areas of international commercial law, bankruptcy, and civil rights.
In 1995, Hill co-edited Race, Gender and Power in America: The Legacy of the Hill-Thomas Hearings with Emma Coleman Jordan. In 1997, Hill published her autobiography, Speaking Truth To Power, in which she chronicled her role in the Clarence Thomas confirmation controversy and wrote that creating a better society had been a motivating force in her life. In 2011, Hill’s second book, Reimagining Equality: Stories of Gender, Race, and Finding Home was published. In it, she focuses on the sub-prime lending crisis that resulted in the foreclosure of many homes owned by African-Americans and she calls for a new understanding about the importance of home and its place in the American Dream.