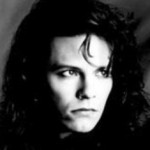 Andy Taylor was born in North East England. He is an English guitarist, singer, songwriter, and record producer, best known as a former member of both Duran Duran and The Power Station. He has also recorded and performed as a solo artist, and served as a guitarist, songwriter and record producer for the likes of Robert Palmer, Rod Stewart, The Almighty, Thunder, Love and Money, Mark Shaw, Then Jerico, C. C. Catch, Paul Rodgers, Belinda Carlisle, Gun and many more.  In 2008, Andy Taylor published an autobiography,Wild Boy: My Life in Duran Duran, in which he tells his life's story from youth in an extended family to his life with wife Tracey.