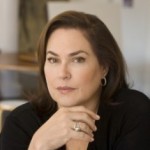 Amy Bloom is an American writer. She has been nominated for the National Book Award and the National Book Critics Circle Award. Trained as a social worker, Bloom has practiced psychotherapy. Currently, Bloom is the Kim-Frank Family University Writer in Residence at Wesleyan University. Previously, she was a senior lecturer of Creative Writing in the department of English at Yale University, where she taught Advanced Fiction Writing, Writing for Television, and Writing for Children. Bloom has also written articles in periodicals including The New Yorker, The New York Times Magazine, The Atlantic Monthly, Vogue, Slate, and Salon.com. In August 2012, Bloom published her first children's book entitled Little Sweet Potato. Bloom received a Bachelor of Arts degree in Theater/Political Science, Magna Cum Laude, Phi Beta Kappa, from Wesleyan University, and a M.S.W. (Master of Social Work) from Smith College.