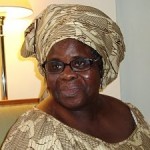 She grew up in a Fante royal household, the daughter of Nana Yaw Fama, chief of Abeadzi Kyiakor, and Maame Abasema. She was sent by her father to the Wesley Girls' High School in Cape Coast from 1961 to 1964. The headmistress of Wesley Girls bought her her first typewriter. After leaving high school, she enrolled at the University of Ghana in Legon and received her bachelor of arts in English as well as writing her first play, The Dilemma of a Ghost, in 1964. The play was published by Longman the following year, making Aidoo the first published African woman dramatist.
She worked in the United States of America where she held a fellowship in creative writing at Stanford University. She also served as a research fellow at the Institute of African Studies, University of Ghana, and as a Lecturer in English at the University of Cape Coast, eventually rising there to the position of Professor.
Aside from her literary career, Aidoo was appointed Minister of Education under the Provisional National Defence Council in 1982. She resigned after 18 months. She has also spent a great deal of time teaching and living abroad for months at a time. She has lived in America, Britain, Germany, and Zimbabwe. She is currently a Visiting Professor in the Africana Studies Department at Brown University.
Aidoo's works of fiction particularly deal with the tension between Western and African world views. Many of her protagonists are women who defy the stereotypical women's roles of their time. Her novel Changes, won the 1992 Commonwealth Writers' Prize for Best Book (Africa). She is also an accomplished poet, and has written several children's books.