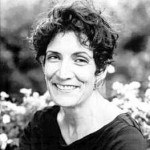 Guillermoprieto was born and grew up in Mexico City. In her teens, she moved to New York City with her mother where she studied modern dance for several years. From 1962 until 1973, she was a professional dancer. Her first book, Samba (1990), was an account of a season studying at a samba school in Rio de Janeiro.
In the mid-1970s, she started her career as a journalist for The Guardian, moving later to the Washington Post. In January, 1982, Guillermoprieto, then based in Mexico City, was one of two journalists who broke the story of the El Mozote massacre in which some 900 villagers at El Mozote, El Salvador, were slaughtered by the Salvadoran army in December, 1981. With great hardship and at great personal risk, she was smuggled by FMLN rebels to visit the site approximately a month after the massacre took place. When the story broke simultaneously in the Post and Times on January 27, 1982, it was dismissed as propaganda by the Reagan administration.
Guillermoprieto won an Alicia Patterson Journalism Fellowship in 1985 to research and write about changes in rural life under the policies of the European Economic Community. During the 1990s, she came into her own as a freelance writer, producing long, extensively researched articles on Latin American culture and politics for The New Yorker, and The New York Review of Books, including outstanding pieces on the Colombian civil war, the Shining Path during the Internal conflict in Peru, the aftermath of the "Dirty War" in Argentina, and post-Sandinista Nicaragua.