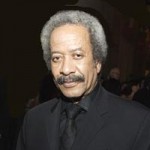 Allen Toussaint is an American musician, composer, record producer, and influential figure in New Orleans R&B. Many of Toussaint's songs have become familiar through versions by other musicians, including "Working in the Coalmine", "Ride Your Pony", "Fortune Teller", "Play Something Sweet ", "Southern Nights," "Everything I Do Gonna Be Funky", "I'll Take a Melody", "Get Out of My Life, Woman", and "Mother-in-Law". Toussaint grew up in a shotgun house in the New Orleans neighborhood of Gert Town, where his mother welcomed and fed all manner of musicians as they practiced and recorded with her son. In the early 1960s he wrote and produced a string of hits for New Orleans R&B artists such as Ernie K-Doe, Irma Thomas, Art and Aaron Neville, The Showmen, and Lee Dorsey. Toussaint credited about twenty songs credited to his parents.