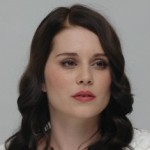 Alison Marion Lohman was born and raised in Palm Springs, California, the daughter of Diane, a patisserie owner, and Gary Lohman, a Minnesota-born architect. Alison Lohman is an American actress. Perhaps her most notable role was as Astrid in White Oleander. Other lead roles have been in the films Matchstick Men, Where the Truth Lies, The Big White, Nausicaä of the Valley of the Wind, Flicka, and Drag Me to Hell; as well as smaller parts in Big Fish, Beowul, and Gamer. She has also been on television shows such as Tucker, and Pasadena. She has two cats, Monk and Clint. In 1997, after graduating from high school, Lohman moved to Los Angeles to pursue a screen acting career. For the next few years, her work consisted of science fiction B-movies, television productions and children's films. Also included was the dark urban drama White Boy.