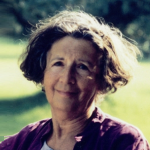 Miller was born in Poland into a family of Jewish descent and as young woman lived in Warsaw where she survived World War II. In 1953 she gained her doctorate in philosophy, psychology and sociology at University of Basel in Switzerland. For the next 20 years Miller studied and practised psychoanalysis. Her first three books originated from research she took upon herself as a response to what she felt were major blind spots in her field. However, by the time her fourth book was published, she no longer believed that psychoanalysis was viable in any respect.
In 1979, Miller stopped practising as a psychoanalyst after having studied and practised psychoanalysis for 20 years and became critical of both Freud and Carl Jung. In 1986, she was awarded the Janusz Korczak Literary Award for her book Thou Shalt Not Be Aware: Society's Betrayal of the Child. Her final book, Bilder meines Lebens, was published in 2006; an informal autobiography in which the writer explores her emotional process from painful childhood, through the development of her theories and later insights, told via the display and discussion of 66 of her original paintings, painted in the years 1973 to 2005.
Miller had two children. Between 2005 and her death in 2010, she answered some readers' letters on her website, where there are also published articles, flyers and interviews in three languages. Miller died on April 14, 2010, at her home in Saint-Rémy de Provence, France.