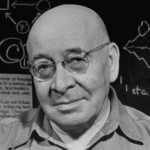 Korzybski was born in Warsaw, Poland which at that time was part of the Russian Empire. He was part of an aristocratic Polish family whose members had worked as mathematicians, scientists, and engineers for generations. He learned the Polish language at home and the Russian language in schools; and having a French governess and a German governess, he became fluent in these four languages as a child.
Korzybski was educated at the Warsaw University of Technology in engineering. During the First World War Korzybski served as an intelligence officer in the Russian Army. After being wounded in a leg and suffering other injuries, he moved to North America in 1916 to coordinate the shipment of artillery to Russia. His first book, Manhood of Humanity, was published in 1921.
Korzybski's work culminated in the initiation of a discipline that he named general semantics (GS). As Korzybski said, GS should not be confused with semantics, a different subject. The basic principles of general semantics, which include time-binding, are described in the publication Science and Sanity, published in 1933. After the publication of Science and Sanity he traveled about teaching briefly in many schools and universities. In 1938 Korzybski founded the Institute of General Semantics in Chicago. The post-World War II housing shortage in Chicago cost him the Institute's building lease, so in 1946, he moved the Institute to Lakeville, Connecticut, USA, where he directed it until his death in 1950.