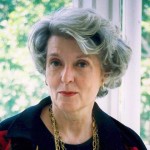 Alexandra Ripley, nee Braid was an American writer best known as the author of Scarlett 1991, the sequel to Gone with the Wind. Her first novel was Who's the Lady in the President's Bed? 1972. Charleston 1981, her first historical novel, was a bestseller, as were her next books On Leaving Charleston 1984, The Time Returns 1985, and New Orleans Legacy 1987. Scarlett "was universally panned by critics, but was very successful nonetheless. She attended the elite Ashley Hall, in Charleston, South Carolina, and Vassar College in Poughkeepsie, New York. She died in Richmond, Virginia, and is survived by two daughters from her first marriage to Leonard Ripley, a son in law and granddaughter, Alexandra Elizabeth.