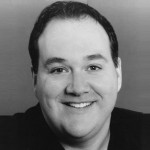 Alexander Woollcott was born in an 85-room house, a vast ramshackle building in Colts Neck Township, New Jersey, near Red Bank. Woollcott spent large portions of his childhood there among his extended family. He also lived with his family in Kansas City, Missouri; in that city he attended Central High School, where teacher Sophie Rosenberger "inspired him to literary effort" and with whom he "kept in touch all her life." With the help of a family friend, Dr. Alexander Humphreys, Woollcott made his way through college, graduating from Hamilton College in Clinton, New York, in 1909. Despite a rather poor reputation, he founded a drama group there, edited the student literary magazine and was accepted by a fraternity.
Woollcott joined the staff of The New York Times as a cub reporter in 1909. In 1914 he was named drama critic and held the post until 1922, with a break for service during World War I. In April 1917, the day after war was declared, Woollcott volunteered as a private in the medical corps. Posted overseas, Woollcott was a sergeant when the intelligence section of the American Expeditionary Forces selected him and a half-dozen other newspaper men to create an official newspaper to bolster troop morale. As a roving correspondent of Stars and Stripes, Woollcott witnessed and reported the horrors of the Great War from the point of view of the common soldier. After the war he returned to the The New York Times, then transferred to The New York Herald in 1922 and to The World in 1923. He remained there until 1928.
At the time of his death, Woollcott had completed the editorial work on his last book, As You Were, an anthology of fiction, poetry and nonfiction for members of the armed forces. He died at New York's Roosevelt Hospital a few hours later, aged 56, of a cerebral hemorrhage.