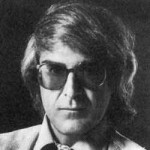 Theroux was born in Medford, Massachusetts, the son of Catholic parents; his mother, AnneTheroux graduated from Medford High School where he attended Boys State in Amherst, Mass., was class president in 1956, was a starting member of the Medford High School basketball team which went to the Tech Tourney in Boston two times. He entered the Trappist Monastery at St. Joseph’s Abbey in Spencer, Mass. in 1958, and then the Franciscan Seminary at Callicoon, N.Y. in 1960. He took his BA at St. Francis College in 1964, his MA in English literature in 1965 and his PhD in English literature, 1968 at the University of Virginia, where he won the Schubert Playwrighting Fellowship in 1967 and where he belonged to both the Raven Society and the Society of the Purple Shadows., was Italian American, and his father, Albert Eugene Theroux, was French-Canadian.
His first novel, Three Wogs, was written during a stay in London and was briefly considered for performance by BBC television by the actor, Roy Doctrice. His second novel, Darconville’s Cat was nominated for the National Book Award. He published the fable, Master Snickup’s Cloak, which was illustrated by Brian Froud in 1979. That was followed by several other fables, The Schinocephalic Waif and The Wragby Cars with illustrations by Stan Washburn in 1974. In 1987 he published An Adultery, and his longest, most satirical novel Laura Warholic was published in 2009.
He has taught at the University of Virginia in 1968 as well as at Harvard University as Brigg-Copeland Lecturer from 1973 to 1979. He was writer-in-residence at Phillips Academy in Andover from 1979 to 1982. He taught at MIT from 1982 to 1987 and at Yale University from 1987 to 1991.