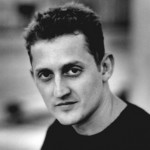 Winter was born in London, England. He is Jewish.  Winter received training in dance as a child. Winter moved to New York City in 1978 and began performing as an actor on and off Broadway. In 1983, he was accepted into the Film School at New York University (NYU). While at college, he met fellow aspiring filmmaker Tom Stern. The two collaborated on a number of 16mm short films and both graduated with honours. These 16mm short films inspired Andy Samberg of SNL fame to create his digital shorts.As an actor, Winter spent many years on Broadway with supporting roles in productions of The King & I, Peter Pan, or The Boy Who Wouldn't Grow Up, and the American premiere of Simon Gray's Close of Play at the Manhattan Theater Club. After completing NYU film school, he and Tom Stern moved out to Hollywood, where the two wrote and directed a number of short films and music videos. Winter continued to find work as an actor, landing notable roles in such big productions as The Lost Boys and Rosalie Goes Shopping. In 1989, Winter found international success when he co-starred with Keanu Reeves as Bill S. Preston in the smash-hit comedy Bill & Ted's Excellent Adventure and its 1991 sequel, Bill & Ted's Bogus Journey.
Following the success of Bill & Ted, Winter and creative collaborators Tom Stern and Tim Burns were hired to develop a sketch comedy show for MTV. The result, 1991's The Idiot Box, was a success for the network, but the channel's budgetary problems prevented them from filming additional seasons, and it was canceled after six episodes. Winter, Stern and Burns accepted a $12 million deal from 20th Century Fox to film their own feature film, which would end up becoming 1993's Freaked. While the film was never widely released, despite positive reviews from The New York Times, and Entertainment Weekly, Freaked went on to become a cult favourite, through festivals, TV and DVD, and was cited by Entertainment Weekly, on their list of Top Ten Comedies of the Nineties.
In April 2011, Winter's Bill & Ted co-star Keanu Reeves confirmed that a third installment of the film series was underway. In October 2011, he made an appearance on the eight-season finale That Metal Show, attempting to stump Eddie Trunk.