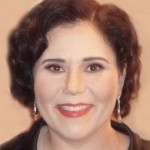 Alexandrea Borstein is an American actress, voice actress, writer and comedian. She is well known for her long-running role as Lois Griffin on the animated television series Family Guy, and as a cast member on the sketch comedy series MADtv.She was a writer and voice actor for several television shows, including Casper, Pinky and the Brain and Power Rangers: Zeo, before joining the cast of MADtv as a featured player, and later as a repertory player in 1997. Borstein was born in Highland Park, Illinois, a suburb north of the city of Chicago, in 1973, though some sources still say 1971. In 2010, Borstein joined the first season staff of the Showtime dramedy Shameless, as a writer and supervising producer. Now, in its second season, she holds the position of writer and consulting producer. She also guest starred in the first season episode But at Last Came a Knock, as Lou Deckner. Borstein's production company is called Crackerpants, Inc.