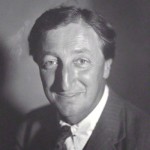 He was born in Ashtead, Surrey, to Patrick Herbert, a civil servant, and Beatrice Herbert, née Selwyn. His mother died when he was seven years old. He had two younger brothers; both were killed in battle—one in 1914 and the other in 1941. He was educated at Winchester College and New College, Oxford, obtaining a first class honours degree in jurisprudence. He was called to the bar by the Inner Temple in 1919, but never practised.
He served in the Royal Navy during the First World War. He served at Gallipoli and was mentioned in dispatches. He drew on that experience for his novel The Secret Battle, published in 1919. During the Second World War, in addition to his parliamentary duties he served in the Royal Navy on patrol-boats in the Thames. He may have been the first serving Member of Parliament to serve in the Royal Navy without being an officer: he was Petty Officer Herbert from 1940 to 1945. In 1935, with the aid of Frank Pakenham, he became an Independent Member of Parliament for Oxford University, from where he was returned until the University seats were abolished in 1950. He was sent to Newfoundland and Labrador in 1943 with Derrick Gunston and Charles Ammon as part of a Parliamentary Commission to investigate the future of the dominion, and supported the cause of independence over confederation as a result. He was knighted in 1945 in Winston Churchill's Resignation Honours.
He wrote eight novels, including The Water Gypsies (1930), and 15 plays, including the light opera Tantivy Towers, and the comedy Bless the Bride (1947), which ran for two and a quarter years in London. He was the author of the lyrics of the patriotic song Song of Liberty, set in 1940 to the music of Edward Elgar's Pomp and Circumstance March No. 4.