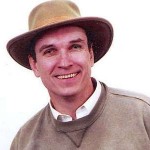 Al Batt of rural Hartland, Minnesota is a writer, speaker, storyteller and humorist. Al writes four weekly humor and nature columns for many newspapers, and does a show three times per week about nature on a number of radio stations. He writes a number of popular cartoon strips that are syndicated nationally. He has written for a number of magazines and books, including the Chicken Soup For the Soul series. He is a columnist for Bird Watcher's Digest and is a trustee of the American Bald Eagle Foundation in Haines, Alaska. He has written for the movies. He speaks at various festivals, conferences and conventions all over the United States and Canada. Al provides clean humor with a message. He has received the Ed Franey Conservation Media Award from the Izaak Walton League, was named birder of the year by WildBird magazine, was honored with the National Eagle Center's Hero Award, received an award from Bluebirds Across Nebraska for outstanding contributions to wildlife conservation, is a member of Ray Brown's Talkin' Birds Hall of Fame, is the Official Staff Ornithologist for the Bulletin Board in the St. Paul Pioneer Press, was honored by Modern Woodman for conscientious and dedicated community service, is a member of the Freeborn County Softball Hall of Fame, serves on the board of the Environment for the Americas, is on the board of the Albert Lea Public Library Foundation, and was given the Thomas Sadler Roberts Award by the Minnesota Ornithologists' Union. Al speaks to anyone who will listen. His mother thinks he is special.