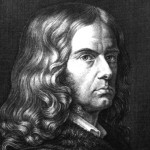 Adelbert von Chamisso was a German poet and botanist. In 1798 he entered the army as ensign and in 1801 became lieutenant. He showed his interest in the military calling by two technical treatises published in 1798 and 1799. In 1806 he resigned from the army and went to France, hoping to secure a position as teacher in the gymnasium at Napoléonville; disappointed in this, he spent several years in futile and discontented Bohemian wanderings. He was in France again in 1810, when he undertook to turn into French Schlegel's noted Lectures on Art and Literature, staying with him and Madame de Staël at Chaumont, and later following her to Coppet, where her relations with Jean de Rocca brought him to his senses. His international reputation rests on the many translations of his Peter Schlemihl. His collected Works fill 6 vols. Leipzig, 1836-39; 6th ed., Berlin, 1874, containing also his Biography by Hitzig and his Letters. Consult also: Fulda, Chamisso and seine Zeit Leipzig, 1881 Du Bois-Reymond, Chamisso als Naturforscher Kossmann, Der deutsche Musenalmamach, 1833-1839 and Geiger, Aus Chamissos Frühlingzeit Berlin, 1905.