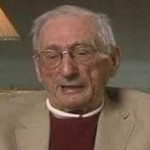 Abraham Lincoln Polonsky was an American film director, Academy Award nominated screenwriter, essayist, and novelist blacklisted by the Hollywood movie studios in the 1950s, in the midst of the McCarthy era. Abraham Polonsky was born in New York City, the eldest son of Russian American Jewish immigrants, Henry and Rebecca Polonsky, he attended DeWitt Clinton High School. In 1928 he entered City College of New York and following graduation, earned his law degree in 1935 at Columbia Law School. After several years of practice, mixed with teaching, he decided to devote himself to writing. He was life long friends with Roy Pinney. Polonsky wrote essays, radio scripts and several novels before beginning his career in Hollywood. His first novel, The Goose is Cooked, written with Mitchell A. Wilson under the singular pseudonym of Emmett Hogarth, was published in 1940. Polonsky's first film as a director, Force of Evil 1948, was not successful when released in the United States, but it was hailed as a masterpiece by film critics in England.