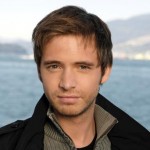 Stanford was born in Westford, Massachusetts, the son of Judith, an English professor, and Don Stanford, who works in publishing. His brother David is a musician. He initially attended the SUNY Purchase, but transferred to Rutgers University Mason Gross School of Arts. He graduated in 2000, magna cum laude. Stanford's first major film role was in the low-budget indie film Tadpole, in which he portrays Oscar Grubman, a precocious 15-year-old with a crush on his stepmother, played by Sigourney Weaver. At the time of filming, he was 23 years old. For this performance he earned a nomination for the Golden Satellite Award. Director Bryan Singer was impressed with Stanford's performance in Tadpole, and cast him as Pyro in the 2003 blockbuster X2, a sequel to X-Men. He continued the role in the third installment, X-Men: The Last Stand, released in May 2006. In 2009, he played a troubled poker genius in an episode of Law & Order: Criminal Intent's season 8, as well as Horace Cook Jr. in an episode of AMC's acclaimed show Mad Men. In 2010, he joined the CW's Nikita as Birkhoff.