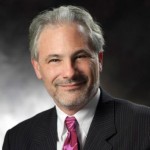 Aaron Betsky is a critic, curator, educator, lecturer, and writer on architecture and design, who since August 2006 has been the director of the Cincinnati Art Museum. From 2001 to 2006 Betsky served as director of the Netherlands Architecture Institute in Rotterdam, Netherlands. Although Betsky was born in Missoula, Montana, USA, he grew up in The Netherlands. He graduated from Yale University with a B.A. in History, the Arts and Letters and a M.Arch. He then taught at Cal Poly Pomona and the University of Cincinnati from 1983 to 1985 and worked as a designer for Frank Gehry and Hodgetts & Fung. From 1995-2001 Betsky was Curator of Architecture, Design and Digital Projects at the San Francisco Museum of Modern Art before moving back to The Netherlands. Betsky has written numerous monographs on the work of late 20th century architects, including I.M. Pei, UN Studio, Koning Eizenberg Architecture, Inc., Zaha Hadid and MVRDV, as well as treatises on aesthetics, psychology and human sexuality as they pertain to aspects of architecture, and is one of the main contributors to a spatial interpretation of Queer theory. Betsky was named as the director of the 11th Exhibition of the Venice Biennale of Architecture in 2008.