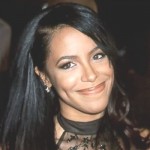 Aaliyah Dana Haughton, who performed under the mononym Aaliyah, was an American recording artist, actress and model. She was born in Brooklyn, New York, and was raised in Detroit, Michigan. At the age of 10, she appeared on the television show Star Search and performed in concert alongside Gladys Knight. At age 12, Aaliyah signed with Jive Records and her uncle Barry Hankerson's Blackground Records. Hankerson introduced her to R. Kelly, who became her mentor, as well as lead songwriter and producer of her debut album, Age Ain't Nothing but a Number. The album sold three million copies in the United States and was certified double platinum by the Recording Industry Association of America. After facing allegations of an illegal marriage with R. Kelly, Aaliyah ended her contract with Jive and signed with Atlantic Records. After completing Romeo Must Die, Aaliyah filmed her part in Queen of the Damned. She released her third and final album, Aaliyah, in July 2001. On August 25, 2001, Aaliyah and eight others were killed in an airplane crash in The Bahamas after filming the music video for the single "Rock the Boat".