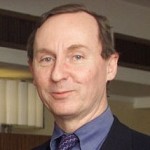 Andrew Norman Wilson is an English writer and newspaper columnist, known for his critical biographies, novels, works of popular history and religious views. He is an occasional columnist for the Daily Mail and former columnist for the London Evening Standard, and has been an occasional contributor to the Times Literary Supplement, New Statesman, The Spectator and The Observer. Wilson was educated at Rugby School and New College, Oxford. Destined originally for ordination in the Church of England, Wilson entered St Stephen's House, the High Church theological hall at Oxford, but left at the end of his first year. In the late 1980s he publicly stated that he was an atheist and published a pamphlet Against Religion in the Chatto & Windus CounterBlasts series; however, religious and ecclesiological themes continue to inform his work. For nearly 30 years he continued to be both a sceptic, and a prominent atheist. In April 2009 he published an article in the Daily Mail affirming his rediscovery of faith, and conversion to Christianity, attacking at the same time both academic and media atheists. His books on Leo Tolstoy, C. S. Lewis, Hilaire Belloc, and Jesus Christ are all simultaneously sympathetic to and critical of religious belief. His work, Dante in Love published in 2011, presents a glittering study of the great Italian poet Dante Alighieri, as an artist and philosopher, also depicting an in-depth portrait of medieval Florence in order to make readers understand the literary and cultural background that engendered the Tuscan's masterpiece, The Divine Comedy. His most recent work, The Elizabethans, described as, was also published in 2011.