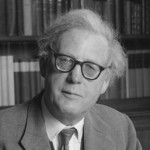 Taylor was born in March 1906 in Birkdale near Southport, which was then part of Lancashire. His wealthy parents held left wing views, which he inherited. Both his parents were pacifists who vocally opposed the First World War, and sent their son to Quaker schools as a way of protesting against the war. He was educated at various Quaker schools including Bootham School in York. Geoffrey Barraclough, a contemporary at Bootham, remembered Taylor as Initially he had an interest in archaeology, primarily focused on churches in northern England. His interest in archaeology led to a strong interest in history. In 1924, he went to Oriel College, Oxford to study modern history. Taylor himself was recruited into the Communist Party of Great Britain by a friend of the family, military historian Tom Wintringham, while at Oriel; a member from 1924 to 1926, he broke with the Party over what he considered to be its ineffective stand during the 1926 General Strike. After leaving, he was an ardent supporter of the Labour Party for the rest of his life, remaining a member for over sixty years. Despite his break with the Communist Party, he visited the Soviet Union in 1925, and again in 1934, and was much pressed on both visits.