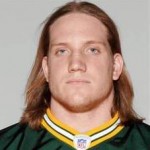 Hawk was born in Kettering, Ohio. He attended Centerville High School, near Dayton, Ohio. He holds multiple defensive records and is one of two active NFL players who played for the Centerville Elks high school football team. A. J. Hawk's records include most tackles in a game (31) on three separate occasions. He also has the most career tackles (583). Hawk was a 2-time All-State player in high school (1999 and 2000). Other NFL players from Centerville are Hawk's former Ohio State University teammates Mike Nugent (the other active NFL player from Centerville High School) and Nick Mangold, who attended Alter High School.
Hawk played with the Ohio State Buckeyes from 2002 to 2005 and played in 51 games, starting 38 of them. He had 394 tackles with 196 of them solo, 41 of them for losses, 15 and a half sacks, 7 interceptions, and 13 fumbles recovered. He also had two fumble recoveries and three forced fumbles and two touchdowns, one on a blocked punt and one on an interception. His performances earned him first team All Big Ten honors in all three years he started and the Most Valuable Player award for the Tostito’s Fiesta Bowl. In his senior season of 2005, he ended up winning the Lombardi Award as best college football interior lineman (linebackers are included in this).
Hawk is married to Laura Quinn, sister of Brady Quinn, quarterback for the Denver Broncos. Interestingly enough, Hawk's final game with the Buckeyes was the 2006 Fiesta Bowl against Notre Dame, where Quinn was playing at the time. During the game Laura wore a custom made jersey which was half Ohio State and Half Notre Dame, combining Brady's number 10 and AJ's Number 47, making the number 17. Hawk managed to sack his future brother-in-law twice during the game and become co-MVP of the bowl which ended with an Ohio State victory. Laura gave birth to the couple's first child, a daughter named Lennon Noel, on December 4, 2010.